The Stone County, Arkansas Sheriff’s Office confirms Randall Mealer was found dead Saturday, July 3.
Mealer was charged with 50 counts of sexual assault on July 2. The charges were filed in Boone County. Court documents accuse Mealer of assaulting a student while he was employed with the Harrison School District in 2017 and 2018.
Stone County investigators say they are not looking for suspects in Mealer’s death, and they do not suspect foul play.
Mealer, A former band director at Harrison High School was arrested on allegations of having a sexual relationship with a male student at HHS when he still worked there, online court records show.
Records show the 56-year-old was charged with 50 counts of first-degree sexual assault for allegedly engaging in “sexual intercourse or deviate sexual activity with the victim on at least 50 occasions,” the criminal information said. “The victim was a student of the Defendant.”
His bond was set at $75,000, an arrest warrant said.
According to an arrest affidavit, Harrison Police recently interviewed the alleged victim, now an adult, who alleged that he and Mealer were involved in the relationship while the victim was still in school at Harrison.
Harrison School Superintendent Dr. Stewart Pratt said Mealer was employed in the Harrison School District from 2006-2020 as director of bands.
“Harrison Schools places highest value on the safety of all students,” Pratt said in a statement. “We were notified by the Harrison Police Department of their investigation and recent charges regarding Mr. Mealer. The school district is cooperating fully with all agencies involved in the investigation.”
David Ethredge, 14th Judicial Circuit prosecuting attorney, said Friday that he was not aware of any other victims in the case, but any potential other victims should reach out to Harrison Police at 870-741-5463.
Records show Mealer was booked into the Boone County Jail about 4:20 p.m. and released on bond about three hours later.

Are you cool with surveillance cameras?

Trump and the very best mind like you wouldn’t believe

We have a right to defend our reputations 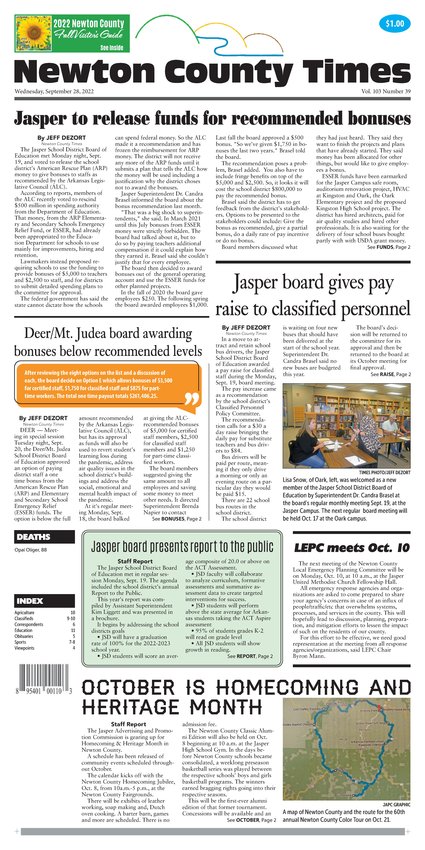 Are you going to see Garth Brooks? What you need to know

Gone, but not forgotten: Granny Henderson