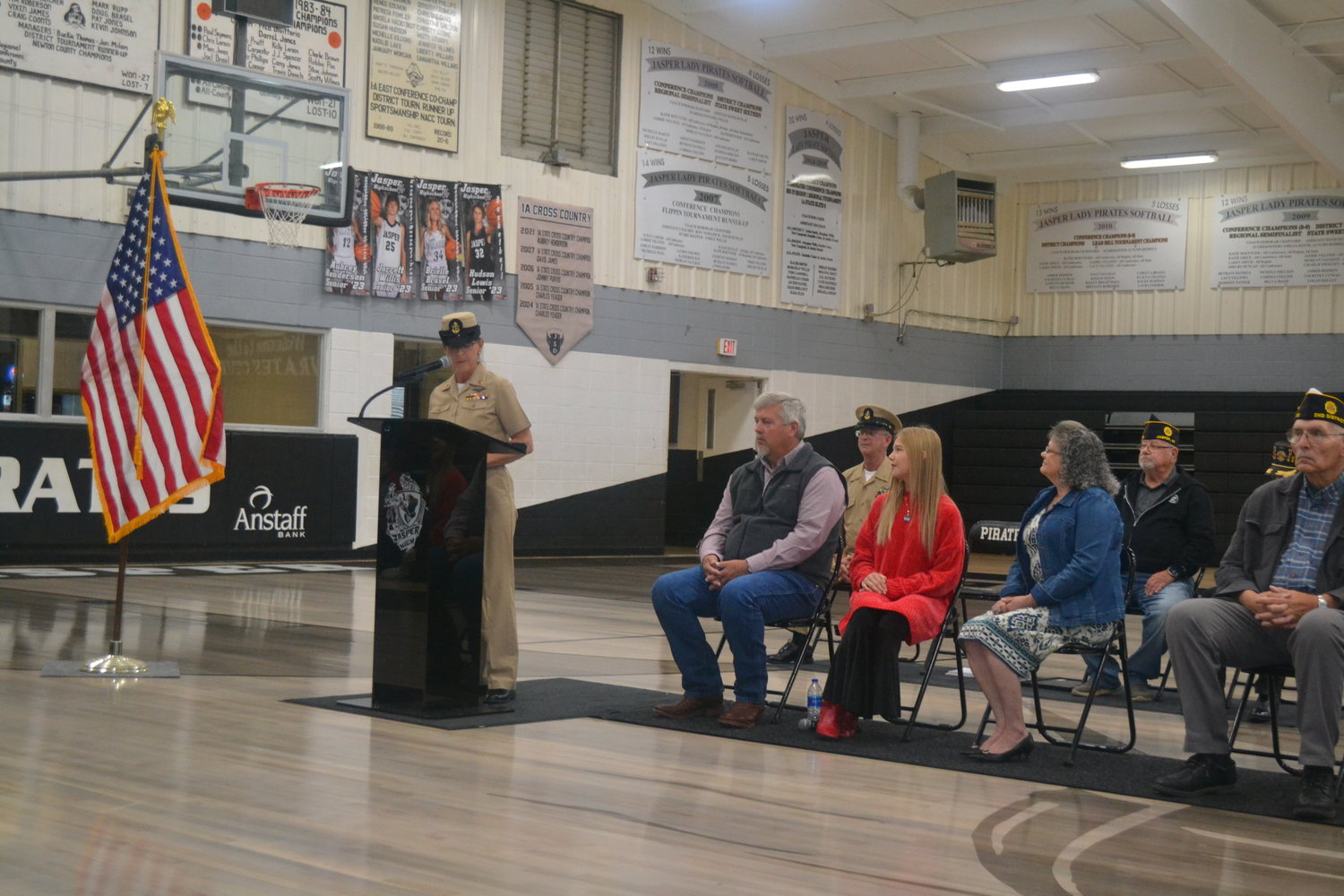 Shawn Bess, attired in his chief petty officer uniform, was a speaker in the Veterans Day observance held at the Jasper School gym on Friday morning.
Jeff Dezort/Staff 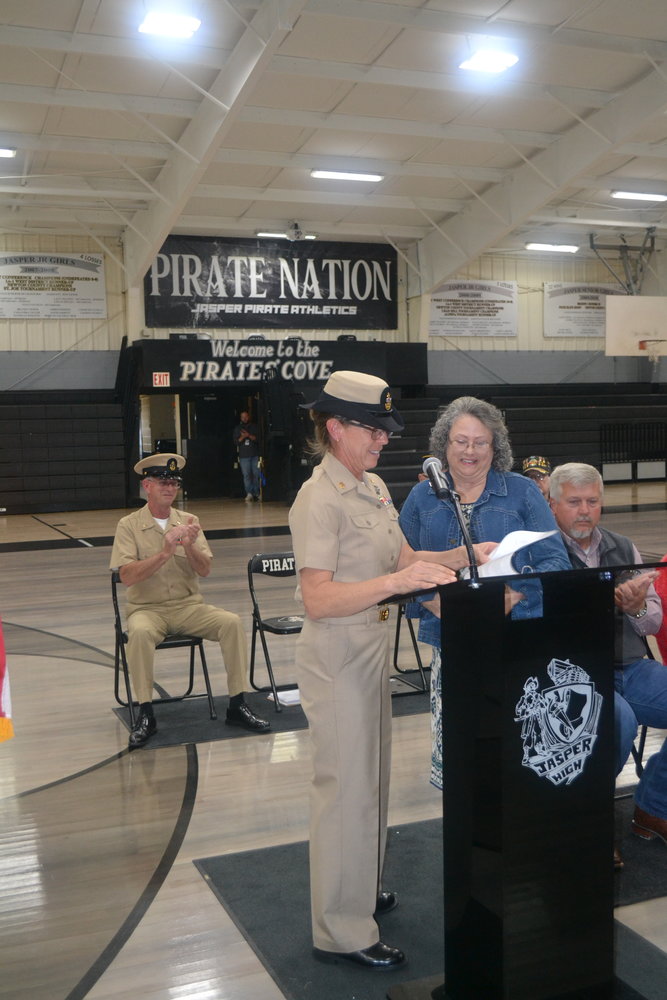 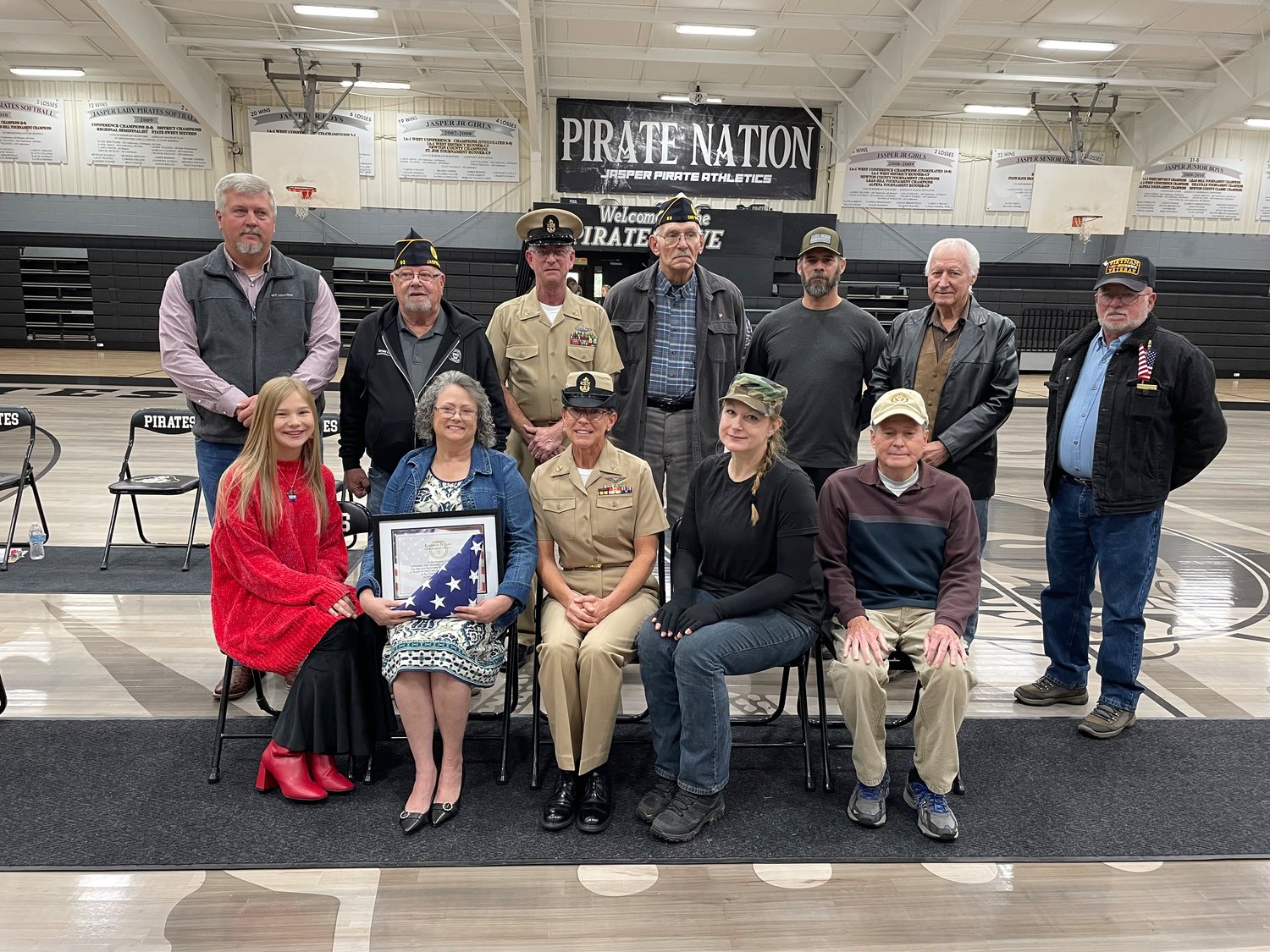 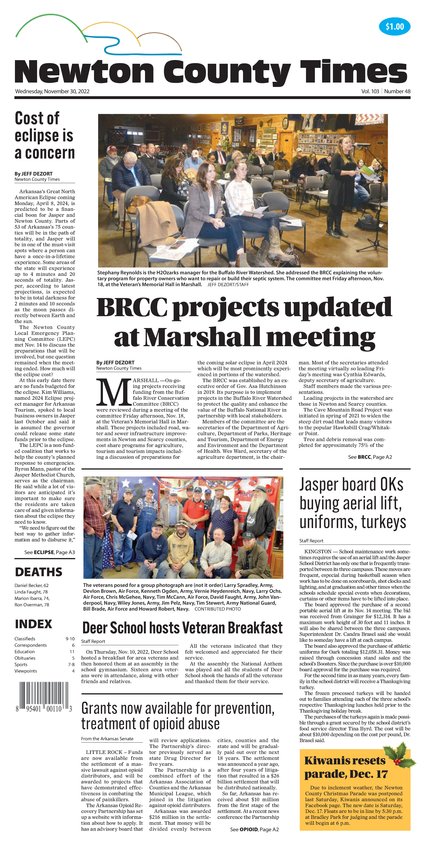 Cost of eclipse is a concern