JASPER — The Newton County Quorum Court passed an ordinance Monday night, May 3, establishing a special revenue fund to be called the American Rescue Plan fund. The county will soon receive a projected $1.5 million in federal funds. However, a plan for how the money can be spent won't be revealed until after the money is received.
The $1.9 trillion authorized by the American Rescue Plan Act will provide Arkansas with $1.7 billion in state fiscal relief in the wake of the coronavirus pandemic. Guidance and rules on how the money can be used are being drafted by the US Department of the Treasury.
Before receiving the money the county is required to establish a fund on the books to track the revenues, expenditures and/or appropriated transfers of the federal assistance.
County Judge Warren Campbell told the JPs he does not know when the money will be released or what restrictions will be placed on it.
The ordinance states that deposit of federal assistance funds from the American Rescue Plan Act are imminent calling for the ordinance to be passed with an emergency clause.
The quorum court passed an ordinance amending the sheriff's budget. That ordinance calls for transferring $25,000 from the county's current COVID Relief Fund into the sheriff's budget. That amount will be transferred each month beginning in May and continuing through December at which time the funds will be deleted. This will be done by a monthly court order.
The sheriff's office was also appropriated $32,562.32. This money was received under federal Title III as payment for emergency services provided on federal property located within the county. 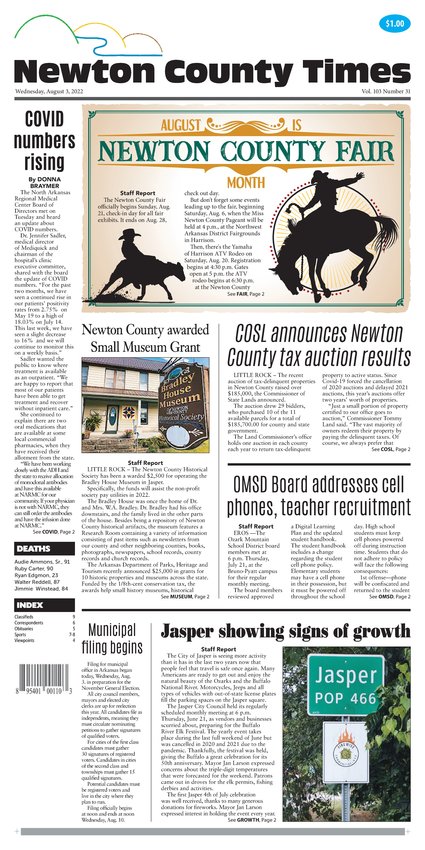