FAYETTEVILLE — Though the offense flashed some big plays, the defense, in Arkansas Coach Sam Pittman’s view, again definitely played more on top of its game in Saturday’s scrimmage at Reynold Razorbacks Stadium.

“The defense seemed to win most of the situations,” Pittman said Saturday.

Arkansas’ quarterbacks hung on to the ball too long in the previous scrimmage two Saturdays ago and did so again with Thursday’s practice in shorts the lone prep for Saturday’s scrimmage after the Hogs had been off since March 23 for spring break.

“We were basically off from the practice field for eight days,” Pittman said. “And I felt like it showed on our offense, with the accuracy of throws and hanging onto the ball, jumping offsides. We didn’t play very smart football today on the offensive side of the ball. We certainly aren’t happy that it happened. But there are some reasons behind some of the situations that happened today.”

While KJ Jefferson excelled starting for an injured Franks in last season’s 48-45 loss at Missouri, the third-year sophomore has logged only four career games with significant action.

The inexperience in part likely manifests in Jefferson and redshirt freshman Malik Hornsby holding the ball longer than Pittman and offensive coordinator Kendal Briles prefer but there could be other factors that Pittman said might be exposed on the scrimmage video.

“I don’t know without watching the tape,” Pittman said during the immediate scrimmage aftermath. “I don’t know if our defense was doing a nice job of stopping the short routes or if our quarterbacks are looking for the deep ball. Are they going through the progressions correctly? Obviously something is wrong. Either we’re not getting open, we’re not reading the first progression and hitting him when he’s open. Obviously our timing’s off.”

Hornsby completed 9 of 24 for 102 yards and threw one interception picked off by safety Simeon Blair of Pine Bluff.

Blair, a walk-on since rewarded with a scholarship, impressed Pittman last season and even moreso this spring.

“He’s got a lot of confidence,” Pittman said. “He’s always been a guy that will hit you. I’ve been really pleased with him.”

Lucas Coley, the true freshman January enrolled, completed 6 of 8 for 68 yards, including a 16-yard touchdown to receiver Jaquayln Crawford, rushed once for 19 yards and appears to be pressing Hornsby for No. 2 quarterback.

“I think he (Coley) improved from last week,” Pittman said. “I think he’s getting a little more confident. Overall, the accuracy of our quarterbacks isn’t very good at all right now, but I thought he got better.”

Senior reserve John Stephen Jones completed 5 of 6 for 58 yards while Kade Renfro, the transfer via Ole Miss, completed 1 of 5 for 13 yards.

In the running game, senior running back T.J. Hammonds broke a 75-yard touchdown.

Raheim “Rocket” Sanders, the 6-2, 210 January enrolled true freshman moved from receiver to running back, impressed scrimmaging two weeks ago and did so again Saturday with a touchdown among 9 carries for 28 yards.

“I think he’s getting a lot better as a running back,” Pittman said. He’s still learning the offense. You’ll see him out there at times where he’s on the wrong side or he might go the wrong way. But I love everything about the kid and his work ethic. He’s going to be a really fine player for us.”

Pittman said Hornsby needs a “better mesh” with the running backs citing too many balls on the ground handing off.

“We put two, maybe three balls on the ground just in a mesh,” Pittman said. “We beat ourself.”

“I’m glad to see Luke getting an opportunity with the ones,” Pittman said. “There’s an ongoing battle there with Latham, him, and it’s a good battle. I thought we protected a lot better than what we had last week.”

“I’m proud of Jashaud,” Pittman said. “What he teaches is : If you work hard and you come to work every day with that lunch pail attitude that you can move up in your business. He plays extremely hard.”

Lauding Matthew Phillips Saturday for kicking a 46-yard field goal into a stiff wind, Pittman was blunt on why the increased spring practice time devoted to special teams.

“Well, we weren't very good on it,” Pittman said. “So, that's the reason we're working on it like crazy.”

The Razorbacks won’t scrimmage again until the April 17 Red-White game concludes spring practice but this week will practice Tuesday, Thursday and Saturday. 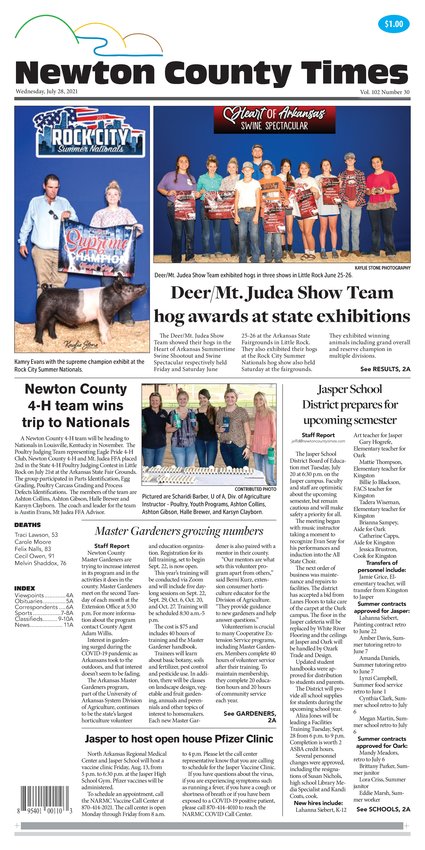