(Family Features) Many people are familiar with omega-3 fatty acids, and some of those at risk for heart disease take them as dietary supplements.

However, according to a Harris Poll commissioned by Amarin Pharma, Inc., some people have limited understanding of the risks and benefits of these dietary supplements.

Heart disease is the leading killer of men and women globally, and risk increases over the age of 45, according to the Centers for Disease Control and Prevention (CDC). In fact, the American Heart Association predicts 45% of the United States population will have some form of cardiovascular disease by 2035.

According to the CDC, people with diabetes are twice as likely to have heart disease or a stroke than those without diabetes, and at a younger age. To help counter their risk, almost half (46%) of heart patients and more than one-third of patients with diabetes take omega-3 dietary supplements, according to the poll. Six in 10 of those heart patients and 55% of people with diabetes consulted a health care professional before taking them, but only 45% of the general adult population taking omega-3 dietary supplements has done so.

Additionally, while men with diabetes (87%) are more likely than women (73%) to cite obesity as a risk factor, 75% are also more likely to believe fish oil dietary supplements are proven to reduce risk of CVD, compared to 58% of women.

“The volume of misinformation can be overwhelming for the average person who may not know whether or not to use omega-3 dietary supplements, let alone which dosage is optimal,” said R. Preston Mason, Ph.D., member of the cardiovascular division at Brigham and Women’s Hospital, teaching affiliate of Harvard Medical School, president and co-founder of Elucida Research LLC and consultant for Amarin. “Heart disease and other conditions like diabetes are too risky to leave to unproven products.”

If you currently take or are considering taking omega-3 dietary supplements, Mason recommends arming yourself with information about some commonly held beliefs about omega-3 fatty acids and the risks and benefits of these dietary supplements, especially in relation to heart disease risk.

FDA Regulation
Although roughly one-third of people surveyed reported believing omega-3 dietary supplements, which are often referred to simply as fish oil, are approved by the FDA, the FDA found fish oil supplements, which contain omega-3 fatty acids, do not meet the standards of significant scientific agreement required for a scientific health claim.

Cardiovascular Disease
Roughly two-thirds of people polled believe fish oil supplements have been proven effective to reduce the risk of cardiovascular disease. However, the American Heart Association advises against self-medicating with any dietary supplements.

If you’re at risk of heart attack or stroke, work with your doctor on a plan to help reduce your risk. Learn more at truetoyourheart.com.

What You Should Know About Fish Oil Dietary Supplements and Statins

Statins are currently the first-line proven therapy for lowering cholesterol. However, statins, along with diet and exercise, still leave persistent cardiovascular risk.

Despite commonly held beliefs to the contrary, fish oil dietary supplements have not been successfully proven to provide cardiovascular benefits in clinical studies. There are multiple reasons for this:

Omega-3s come in different forms and have different efficacy, safety and clinical effects, which can behave differently based on how they are manufactured, handled and administered.

Certain ingredients in fish oil supplements such as docoahexaenoic acid (DHA) may raise low-density lipoprotein, which is often referred to as “bad cholesterol” or LDL-C.

Typical fish oil supplements contain only 30% of the omega-3 fatty acids EPA and DHA, with the majority of the product consisting of non-omega-3 ingredients, often including saturated fats.

Fish oil supplements are considered food; according to FDA standards, they are not intended to treat diseases. 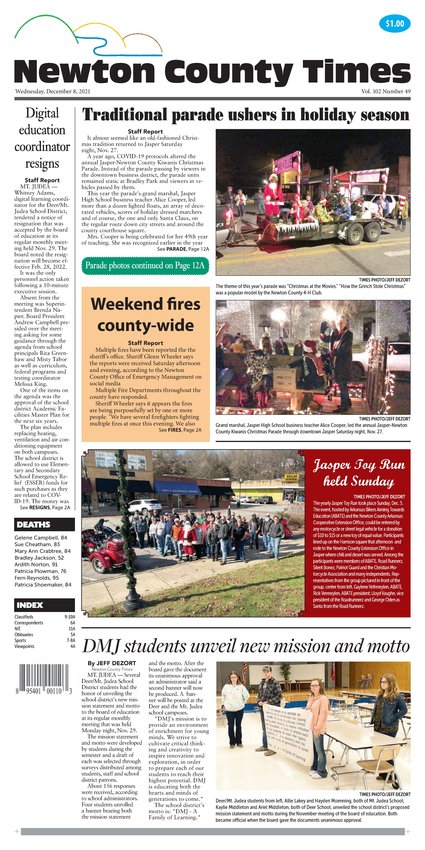 Gone, but not forgotten: History behind the Ouachita and Ozark-St. Francis National Forests