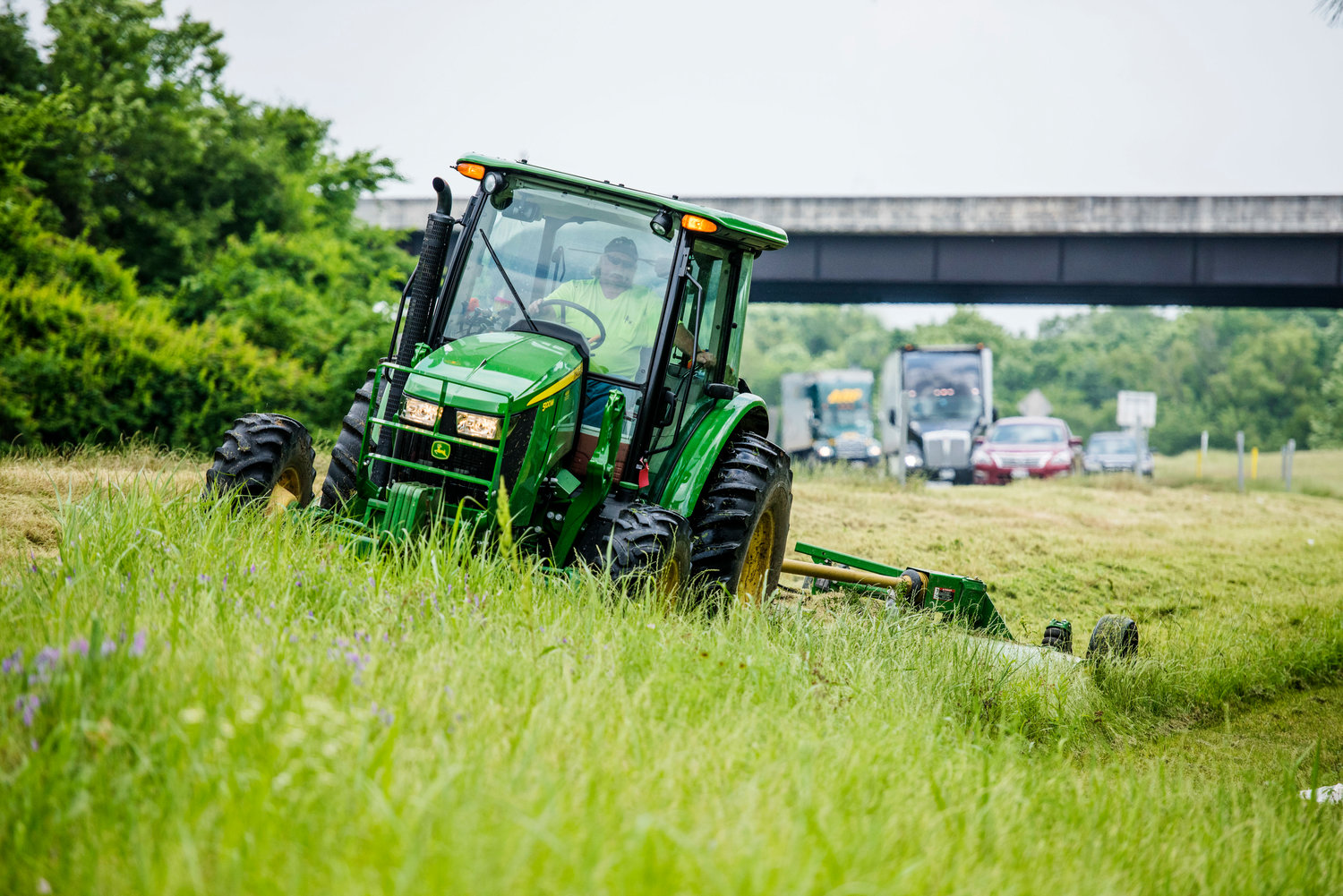 To prevent invasive plants from taking over roadways in the Big Piney, Pleasant Hill and Boston Mountain ranger districts of the Oark-St. Francis National Forests, a strategy was proposed in 2018 to combat them. Full implementation of the project has been retarded due to a variety of constraints placed on the agencies during the ongoing COVID-19 pandemic.
The Non-Native Plant Species and Roadside Vegetation Management Control Project calls for using herbicides to control vegetation for maintenance in and around infrastructure improvements such as roads, trails, guard rails and signs. Herbicides will also be used to treat non-native invasive plant species as they appear across the three ranger districts.
Kayti Ewing, Arkansas Department of Transportation (ARDOT) botanist said the project activities are located on National Forest Lands in Benton, Conway, Crawford, Franklin, Johnson, Madison, Newton, Pope, Searcy, Van Buren and Washington counties.
According to the environmental assessment and the finding of no significant impact, the project area has approximately 158 miles of state highways, 591 miles of county roads, 520 miles of designated trails, 3,333 acres of administration sites and 4,598 miles of Forest Service and private roads used to access the area for a variety of purposes ranging from forest management to recreational uses.
In addition, there are 1,168 miles of utility corridors providing various amenities ranging from natural gas to electricity.
ARDOT is working with the US Forest Service, but face to face meetings between personnel on an implementation plan has not been able to happen during the pandemic, Ewing said.
The vegetation contained within the rights-of-ways create various safety and management issues. There are areas where vegetation, such as a non-native species of Lespedeza, is growing through the highway and shoulder surfaces and encroaching into and along the edges of the pavement reducing its lifespan. Another invasive species includes Japanese stilt grass which seems to appear everywhere, Ewing noted.
ARDOT proposed the use of herbicides to maintain infrastructure on National Forest lands. ARDOT has been maintaining road surfaces and infrastructure in this manner across the state.
Several county judges have expressed interest in using herbicides to manage roadside vegetation as part of cooperative agreements for county roads on National Forest lands.
The Forest Service believes by working together as a unified group the goal of controlling and eliminating these weeds along roadways will be efficiently met.
Ewing noted ARDOT restricts spraying herbicides to 2 feet from each side of the highway. ARDOT uses aquatic, broad leaf and grass specified herbicides as well as others including one used to kill woody plants, she said.
The chemicals include a surfactant that makes the substance adhere to the plant and a drift control agent to prevent it from spreading on to other plants.
The project area has several streams listed as Extraordinary Resource Waters. They include Richland Creek, Hurricane Creek, Mulberry River, Big Piney Creek, Illinois Bayou, Lee Creek and Buffalo River. The US Army Corps of Engineers defines an ERW as a combination of the chemical, physical and biological characteristics of a waterbody and its watershed which is characterized bye scenic beauty, aesthetics, scientific values, broad scope recreation potential and intangible social values.
Ewing emphasize the Buffalo River watershed is excluded from the project, even though impacts from this project are not expected to contribute to degradation of the current water quality.
The project also omits areas known for having karst geological properties. Most notably, the Koen Experimental Forest near Jasper will not be included.

Personnel changes made at Jasper schools 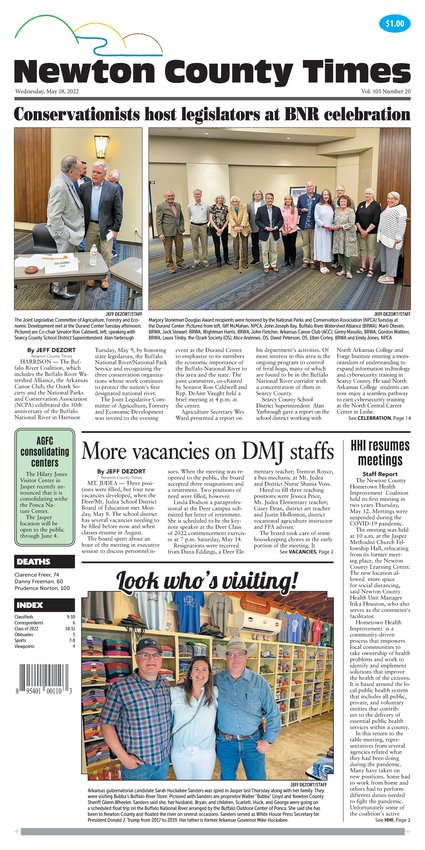